5th Guatemalan Minor Dies After Being Apprehended By Border Patrol 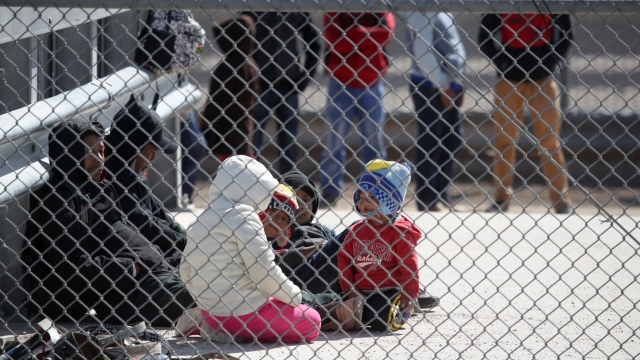 Another Guatemalan minor has died in U.S. Customs and Border Protection custody while waiting to be placed with the Office of Refugee Resettlement.

According to CBP, the 16-year-old was caught trying to enter the country illegally near Hidalgo, Texas, last week. He was transferred to the Weslaco Border Patrol Station on Sunday, and on Monday morning, he was found unresponsive during a welfare check.

Acting CBP Commissioner John Sanders said: "The men and women of U.S. Customs and Border Protection are saddened by the tragic loss of this young man and our condolences are with his family. CBP is committed to the health, safety and humane treatment of those in our custody."

This is the fifth reported death of a Guatemalan minor at the southern border since December.

Two Guatemalan children died back in December, one from flu complications and the other from a bacterial infection. In April, a teenager died from a severe brain infection caused by an untreated sinus infection or head trauma. And just last week, a toddler died after he appeared to have developed pneumonia.

CBP has not officially said why the 16-year-old died, but he had reportedly been diagnosed with the flu over the weekend. The Department of Homeland Security's inspector general and the Guatemalan government have both been notified of his death.

As Newsy has previously reported, there's no clear reason why all the recently reported deaths have been among Guatemalan children. It could have to do with the fact that Guatemalan migrants are the largest group arriving at the U.S.-Mexico border. It could also be linked to Guatemala's high rate of malnutrition, which, according to the World Health Organization, can raise children's risk of dying from common illnesses.