US Accuses Russia Of 'Undermining' UN Sanctions On North Korea 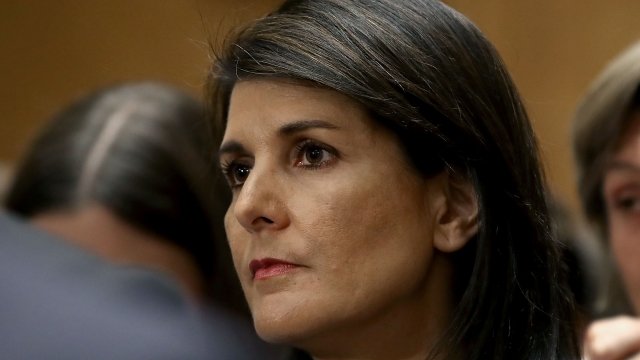 U.S. Ambassador to the U.N. Nikki Haley doubled downed on comments she made last week about Russia, saying it was "actively working to undermine" the U.N.'s North Korea sanctions.

The U.N. Security Council held an emergency meeting Monday over allegations Russia tried to block the implementation of sanctions against North Korea.

Haley reiterated her claims that Russia pressured the U.N.'s independent panel to change its report because it included sanctions violations that implicated Russia. She went a step further, saying the U.S. has proof Russia violated sanctions by helping North Korea get oil and coal.

Russia's U.N. ambassador denied pressuring the U.N. panel and said his country's transfer of fuel to North Korea wasn't a violation. He also accused the U.S. of being overly demanding and uncompromising with North Korea, thus making negotiations even harder.

China's ambassador said a forceful confrontation with North Korea would lead to a "dead end" and called for more solidarity in regards to how the sanctions are implemented.