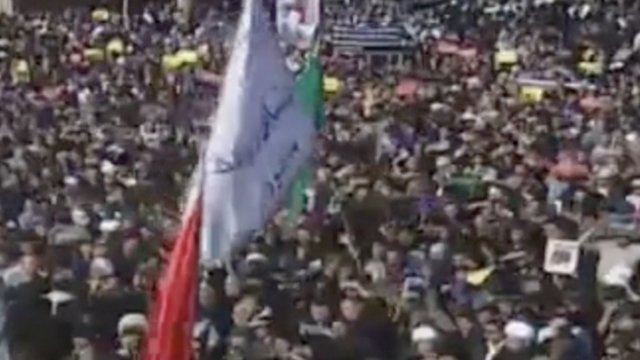 Thousands of Iranians attended a mass funeral service Monday for victims of a military parade shooting that killed 29 people.

The attack took place last Saturday during a parade marking the 30th anniversary of the end of the eight-year-long Iran-Iraq war. The attackers were reportedly disguised as members of the military when they opened fire from a park near the parade route.

An Arab separatist group claimed responsibility for the attack, accusing Iran’s government of discriminating against its ethnic Arab minority. Most of the attackers were killed by police, and 22 other suspects have been detained according to an article from the Islamic Republic News Agency.

Iranian President Hassan Rouhani claimed the attackers were backed by the U.S.

U.S. ambassador to the U.N. Nikki Haley rejected the allegations, saying the U.S. "condemns any terrorist attack anywhere" and that the U.S. isn't "looking to do regime change in Iran."