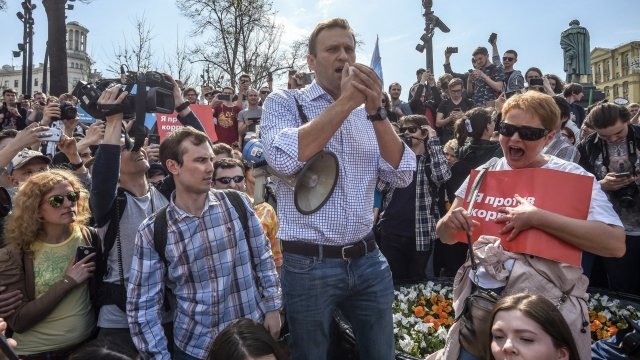 Navalny, whom the Wall Street journal called "the man Vladimir Putin fears most," has spent 172 days in detention since 2011, according to his spokesperson. He was sentenced to a five-year suspended sentence in 2013 on fraud charges, which he says was used to bar him from running in the 2018 presidential election.