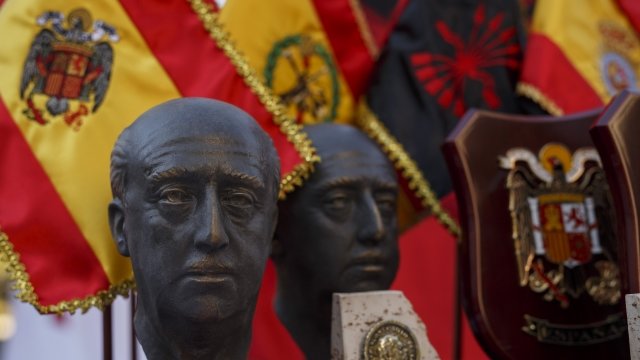 Spanish legislators voted on Thursday to exhume the remains of Francisco Franco, the country's longtime dictator.

Franco is currently buried at Valle de los Caídos — an elaborate mausoleum he had built to house thousands of people who died in the Spanish civil war, which brought him to power.

Franco ruled Spain from 1939 until his death in 1975. During his reign, he executed political opponents and suppressed various ethnic groups in the country.

172 members of Spain's lower house voted in favor of exhuming Franco, while only two voted against it, reportedly in error. Spain's main opposition parties abstained from the vote, which they have called a distraction.

Spanish prime minister Pedro Sanchez called for the exhumation, saying Franco's grave is a divisive symbol for Spaniards. More than 40 years after his death, Franco loyalists still hold rallies in his honor.

It's unclear what will happen with his body, but the government reportedly wants his body removed before the end of the year.