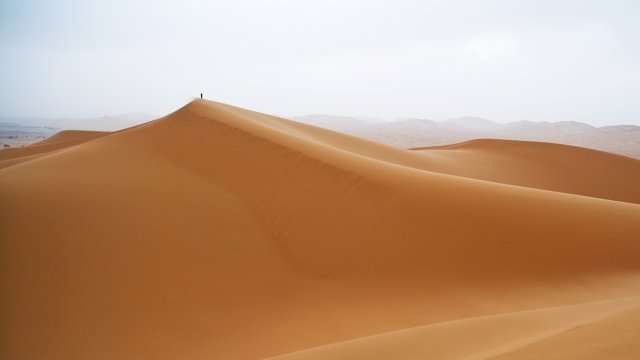 Spain's foreign minister says President Donald Trump told him to build a wall along the Sahara to keep out migrants.

Foreign Minister Josep Borrell said the president's suggestion wouldn't resolve the influx of migrants, and would be impractical. The Sahara is almost 3,000 miles in length and the northern edge alone stretches through three different countries in which Spain has no jurisdiction.

While Borrell didn't say when the exchange took place, Spanish media has suggested it could've happened when he visited Washington with Spain's king and queen in June.

A White House official confirmed the president did meet with Spanish officials but told CNN there was no record of the wall comment.

Earlier this year, Spain became the most popular entry point for migrants looking to cross into Europe, and the country has been grappling with how to manage the amount of people coming in.

While some other European countries like Italy and Hungary have taken a hard-line approach to migrants, Spain's new center-left government has been more receptive. In June, the country accepted a ship of rescued migrants that Italy and Malta turned away.