Astronomers Discover Planet Where Vulcan From 'Star Trek' Would Be 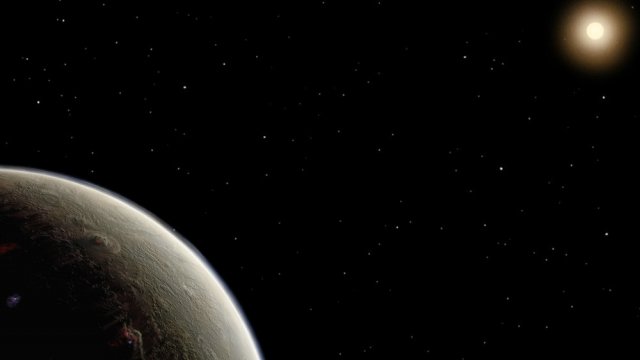 SMS
Astronomers Discover Planet Where Vulcan From 'Star Trek' Would Be

By Sebastián Martínez Valdivia
September 19, 2018
The planet's system is some 16 light-years away from Earth, which makes it the closest super-Earth with a Sun-like star.
SHOW TRANSCRIPT

A group of astronomers have discovered a planet they say may be Vulcan, the home world of Mr. Spock from "Star Trek."

It's not, obviously, because Vulcan is fictional and this new planet isn't. But it does orbit the same star that "Star Trek" creator Gene Roddenberry said Vulcan orbited in the series.

That star — known as both 40 Eridani A and HD 26965 — is Sun-like, with a similar age and magnetic cycle. It's slightly smaller, slightly cooler and only 16 light years away.

The exoplanet itself is about twice the size of Earth, and it's just inside the habitable zone of the star, which means it's likely too hot for there to be liquid water on the surface — at least part of it. The exoplanet is tidally locked so the same side always faces the star.