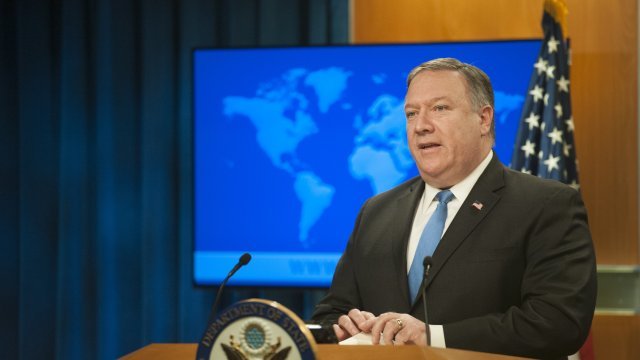 By Sebastián Martínez Valdivia
September 14, 2018
A spokesperson for Kerry says it's not unprecedented for former secretaries of state to meet with their counterparts.
SHOW TRANSCRIPT

"What Secretary Kerry has done is unseemly and unprecedented," Secretary of State Mike Pompeo said.

On Wednesday, Kerry confirmed that he had met with Iranian foreign minister Javad Zarif on several occasions since leaving office, including at a conference in Munich.

That's where Secretary Pompeo says he saw Kerry, along with two other Obama administration officials. "I'm reasonably confident that he was not there in support of U.S. policy," Pompeo said.

A spokesperson for Kerry told Politico that every previous Secretary of State has kept in touch with former counterparts.