Proposed Rule Would Block Immigrants 'Likely' To Use Public Benefits 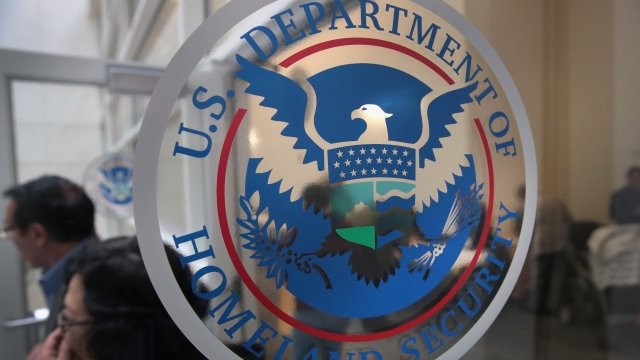 A newly proposed Department of Homeland Security rule would make it easier for the government to deny immigrants admission or change of immigration status if they're deemed "likely" to use a wide range of public benefits.

The rule would expand the definition of a "public charge," or a person who relies on government benefits. Under the proposed rule, if a person uses a set amount of cash assistance, food stamps, public housing, Medicaid or several other benefits, they could be denied green cards and visas. The existing version of the rule only lists specific monetary benefits.

When it comes to deciding how likely a prospective immigrant is to use these benefits, the government could consider any number of listed criteria. Those include the applicant's age, health, family status, assets, resources and financial status, as well as their education and skills.

In a press release accompanying the proposed rule, Homeland Security Secretary Kirstjen Nielsen said the rule is intended to "promote immigrant self-sufficiency and protect finite resources by ensuring that they are not likely to become burdens on American taxpayers."

But critics allege the rule is an attempt by the Trump administration to reduce immigration.

The rule would go into effect after a public comment period, at which point it could be challenged in court.