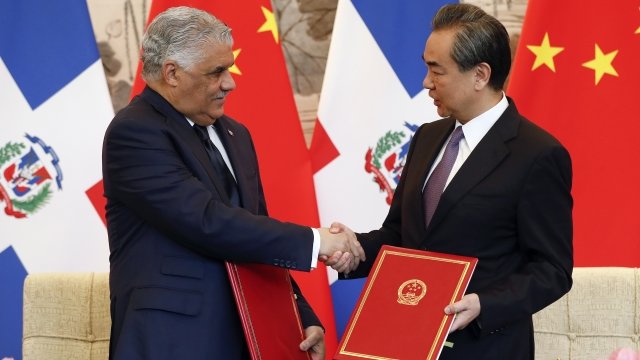 China's new embassy in the Dominican Republic is now open.

Earlier this year, the Caribbean nation cut diplomatic ties with Taiwan and entered into a formal agreement with China. At the time, Taiwan officials claimed China offered the Dominican Republic more than $3 billion in loans and investments for its allegiance, which China denies.

Only 17 countries now recognize Taiwan as a sovereign nation. China still claims the island as part of its territory.

The President of the Dominican Republic is expected to travel to China in October to open an embassy there as well.