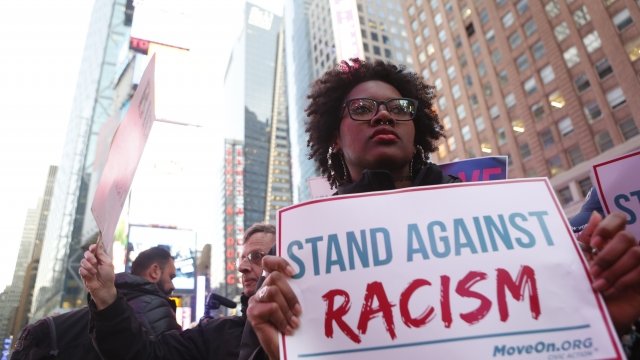 The term "hate crime" dates back to the 1980s. Journalists started using it to describe crimes aimed at people who were Asian, black or Jewish.

But two horrifying incidents in 1998 seared the raw meaning of the term into the collective public mind. The first: the death of James Byrd Jr., 49, of Jasper, Texas.

Byrd, who was black, accepted a ride from three white men. They drove him behind a convenience store, stripped him, chained him by the ankles to their pickup truck and dragged him for three miles. He died when his right arm and head were severed. The men in the truck were either sentenced to death or life in prison, and in 2001, Texas enacted the James Byrd Jr. Hate Crimes Act.

The second incident: the death of Matthew Shepard, 21, a University of Wyoming student who was gay.

Shepard met two men in a bar who drove him to a remote area, tied him to a fence, beat him and left him to die. Hours later, he was found by a cyclist who initially thought he was a scarecrow. Shepard died five days later.

The defendants were sentenced to life without parole, and 11 years later, Congress passed the Matthew Shepard and James Byrd Jr. Hate Crimes Prevention Act, the first law to extend federal prosecution to crimes motivated by the victim's actual or perceived sexual orientation or gender identity.

Earlier laws had only focused on race, color, religion, disability, familial status or national origin. The number of hate crime incidents reported yearly to the FBI by local law enforcement agencies has declined since 2000: 6,121 incidents in 2016, 6,628 incidents in 2010, and 8,063 in 2000.

But a ProPublica investigation found those numbers might be way off, in part because many police departments don't participate in the hate crime statistics report. Estimates from the National Crime Victimization Survey put the number of hate crimes at almost 250,000 a year.

The discrepancy often comes down to definition and divination — which crimes qualify, and how do we know what the culprit was thinking? Hate crime convictions can be difficult because prosecutors have to prove the intent or state of mind of the accused — for example,  they were punching someone specifically because they're transgender. Also, many police officers lack proper training for building these cases.

"Hate crime" shows up in the headlines all too often. Whether it shows up in more charging documents is up to lawmakers and prosecutors, who have to figure out the best way to seek justice and protect all people.