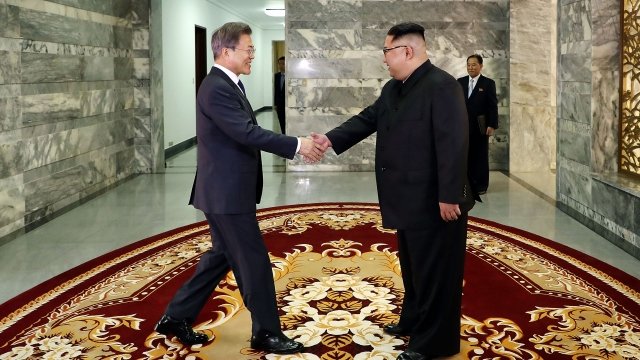 By Jake Jones
September 14, 2018
The office is located north of the DMZ and be staffed by both North and South Koreans.
SHOW TRANSCRIPT

North and South Korea opened a joint liaison office on Friday to facilitate regular communication for the first time.

The office is located north of the DMZ and is staffed by both North and South Koreans. Previous phone or fax lines between the two countries were often cut off during times of dispute.

Staffers at the office will live on the compound grounds. South Korean officials said they hope the face-to-face communication can help avoid any misunderstandings between the two countries.

Next week, South Korean President Moon Jae-in will visit Pyongyang to meet with North Korean leader Kim Jong-un. That meeting will be their third so far this year.