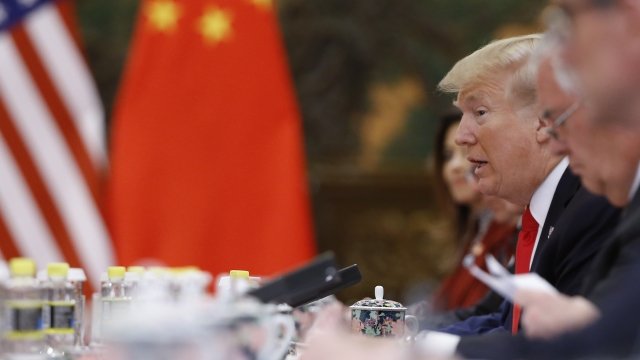 The U.S. has invited China to a new round of trade talks, as the U.S prepares to possibly install new tariffs on Chinese goods.

U.S. officials are already considering tariffs on up to $200 billion in Chinese goods, and President Donald Trump recently threatened to request an additional $267 billion in tariffs. If all those tariffs are approved, combined with the $50 billion in tariffs already imposed, it would cover nearly all goods the U.S. imports from China.

But the Trump administration's invitation to talk, first reported by The Wall Street Journal, could be a sign the U.S. wants to avoid imposing more tariffs. On Wednesday, dozens of U.S. industry groups launched a campaign lobbying against the tariffs, saying it's hurt businesses in the states.

The U.S. is hoping these talks and the threat of more tariffs will force China to offer certain concessions. The U.S. wants better protections for American companies' intellectual property, as well as an end to certain industrial subsidy programs.