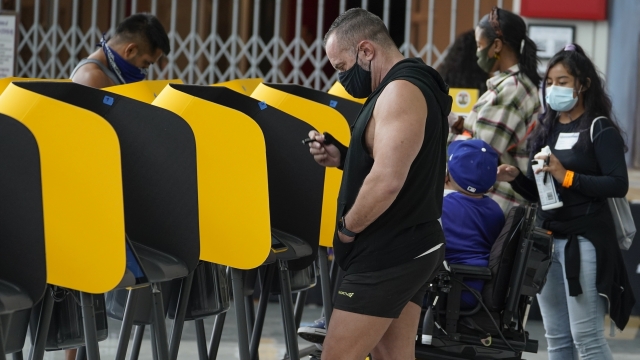 The number has surpassed the amount of early votes cast in the 2016 election.

More people have already voted in this year's presidential election than the early and absentee total in the 2016 election. And Election Day is still over a week away.

58.6 million people have already cast their ballots. Democrats make up 51 percent of early votes, while Republicans account for 31 percent.

The opening of early voting locations in Florida, Texas and other states has added millions of new votes to all the mail ballots coming in as voters try to avoid crowded polling places during the coronavirus pandemic.

Early voting locations have dealt with long lines amid record-setting turnout. And there have been some examples of voters receiving mail ballots that were incorrectly formatted. But voting has gone relatively smoothly on the whole.