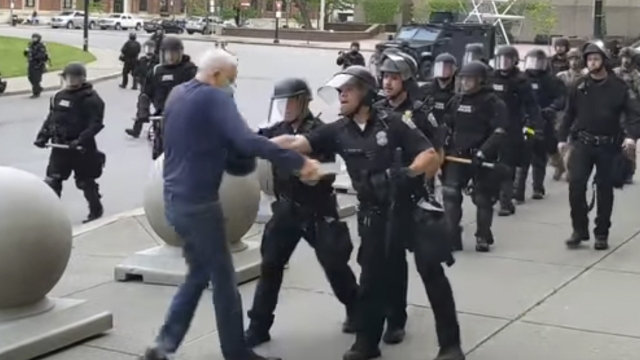 The entire Buffalo Police Emergency Response Team quit the unit in response to the suspension of two of their fellow officers.

The president of the Buffalo Police Benevolent Association said Friday the 57 officers "resigned in disgust because of the treatment of two of their members, who were simply executing orders."

Buffalo Mayor Byron Brown acknowledged the resignations in a statement Friday, and said there are "contingency plans ... in place to maintain police services and ensure public safety within our community."

Both Brown and New York Gov. Andrew Cuomo condemned the use of force in Thursday's incident.

"Why was that necessary? Where was the threat?" Cuomo said. "... And then you just walk by the person while you see blood coming from his head and police officers walk by. It's just fundamentally offensive."