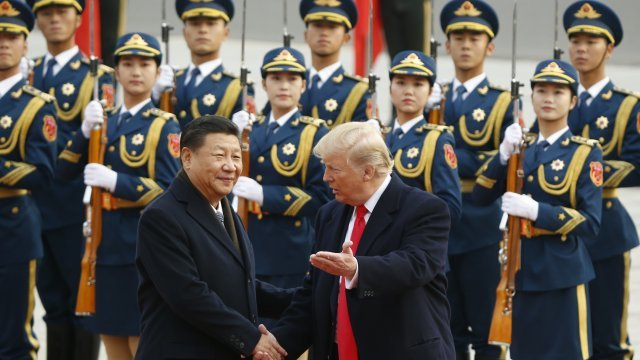 The Trump administration announced it will impose new tariffs on an additional $200 billion worth of Chinese goods later this month.

President Trump says the 10 percent fee will take effect on Sept. 24 and increase to 25 percent on Jan. 1.

As with all new tariffs, the costs could be passed along to American consumers through higher prices for those items.

President Trump has repeatedly accused China of unfair trade practices and has already imposed billions of dollars in tariffs on other Chinese imports.

In the past, China has responded with retaliatory tariffs, which have hurt U.S. farmers who export goods to the country.

In a statement, Trump said if China again responds with "retaliatory action" against American farmers or other industries, his administration will impose more tariffs on approximately $267 billion worth of additional imports.