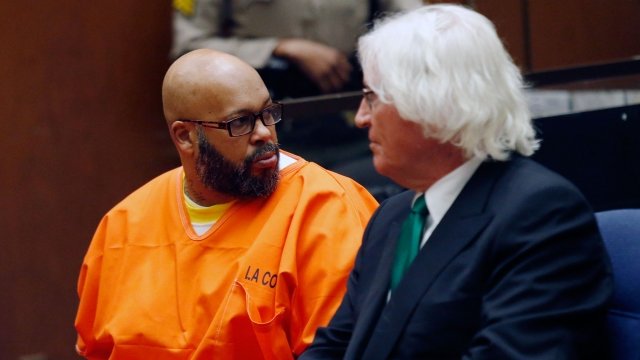 By Caitlin Baldwin
September 21, 2018
The plea is in connection to a hit-and-run incident from 2015.
SHOW TRANSCRIPT

The charge is in connection to a hit-and-run incident involving two men in 2015.

Officials say Knight ran over two men near a film set in Compton, California following a dispute, killing one and injuring another.

Knight — the co-founder of Death Row Records — worked with some of the biggest names in hip-hop in the early 90's, including Dr. Dre, Tupac Shakur and Snoop Doggy Dogg.

Knight is expected to be sentenced to 28 years in prison on Oct. 4.