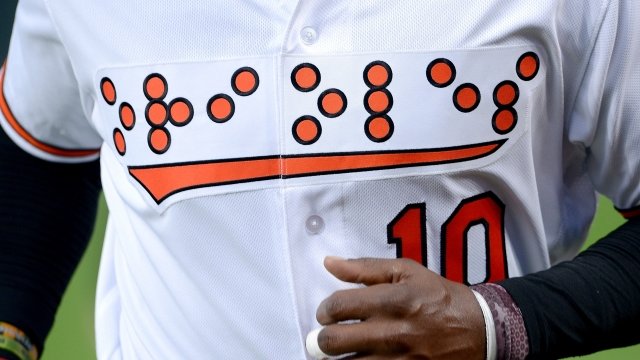 The Baltimore Orioles made history this week, becoming the first pro sports team ever to wear jerseys with their team and player names printed out in Braille.

The Orioles unveiled the jerseys against the Toronto Blue Jays on Tuesday. It marked the 40th anniversary of the National Federation of the Blind moving its headquarters to Baltimore.

The team's lineup was written in Braille lettering and thousands of fans were given Orioles branded Braille alphabet cards.

NFB President Mark Riccobono — who threw out the first pitch — said the move was, "a fantastic idea," and "authentic to blind people."

But some criticized the uniforms, arguing the "flat dots" sewn on the jerseys don't represent Braille correctly. The Orioles responded, saying the night was meant to bring awareness to Braille literacy.

Jerseys from the game will be auctioned off to benefit the NFB.