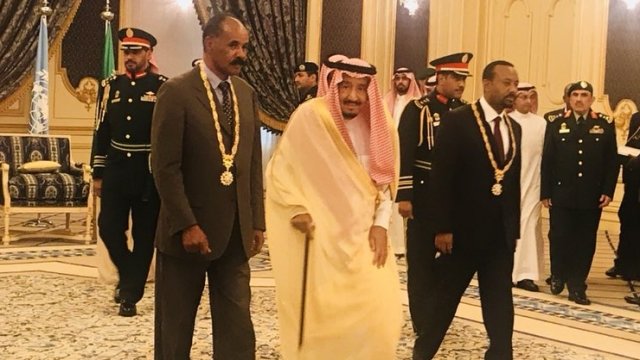 The leaders of Ethiopia and Eritrea signed a peace agreement Sunday in Saudi Arabia.

The terms of the agreement aren't clear, but the U.N. said Friday it was meant to cement a relationship between the two African countries.

Ethiopia and Eritrea fought a major two-year war beginning in 1998 over a border dispute. Relationships didn't normalize until July, when the two signed a declaration of peace.

The two countries reopened two land crossings for the first time in 20 years on Tuesday, possibly paving the way for trade between them.