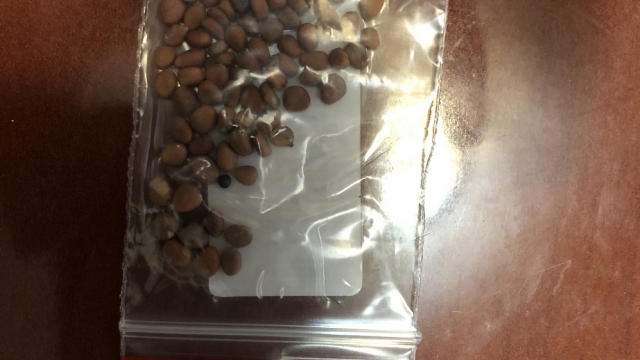 By Caitlin Baldwin
July 31, 2020
All 50 states and the U.S. Department of Agriculture are issuing warnings to not plant the seeds and to contact your state department.
SHOW TRANSCRIPT

All 50 states and the U.S. Department of Agriculture are issuing warnings as packages of mystery seeds arrive in unsuspecting American's mailboxes.

The warnings tell Americans to not plant the seeds and to contact their state department. They say the seeds could be an invasive species and could be harmful to local agriculture, livestock or the environment.

The packages appear to come from China and are sometimes labeled as jewelry or other items.

As of right now, the USDA believes the seeds may be part of a "brushing scam." The USDA said, "At this time, we don't have any evidence indicating this is something other than a 'brushing scam' where people receive unsolicited items from a seller who then posts false customer reviews to boost sales."

China's Foreign Ministry says the packages are fraudulent and the address labels are fake. The country asked the U.S. Postal Service to send the packages to China for investigation. USPS says it's communicating with federal, state and local authorities about next steps.