5 Things You May Not Know About Adele, The Savior Of CDs 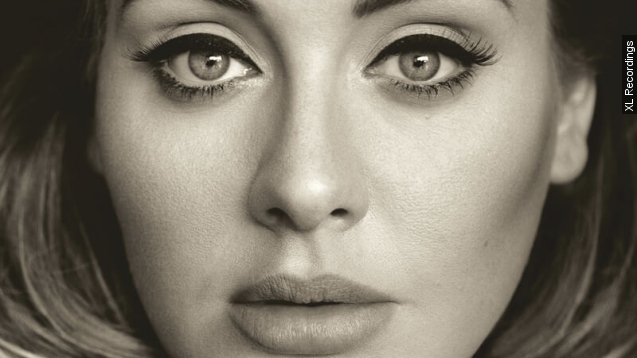 SMS
5 Things You May Not Know About Adele, The Savior Of CDs
By Cody LaGrow
By Cody LaGrow
November 20, 2015
Adele was an aspirational singer on Myspace before becoming a worldwide phenomenon.
SHOW TRANSCRIPT

Hello. It's she. Adele's long-awaited album "25" dropped, and it instantly made her a worldwide trend. But before the globe braced itself for the British crooner to smash every music record in the game — she was Adele Laurie Blue Adkins, aspirational singer.

Here's five things you may not know about Adele. First up: Adele was discovered on Myspace, using her top eight to her advantage to network a deal with XL Recordings.

"I studied music from 14 to 18, and part of the course was to learn how to record yourself, you know, demos and stuff, and I used to give them to my friend Lyndon, and yeah, he put them on Myspace in 2004. So way before anything was going on. I wasn't even bothered. I was like whatever," Adele explained to Billboard in 2008.

Number two: Adele does have squad goals that include a certain Barbadian bombshell. She recently told Rolling Stone, "I guess I have my own squad. It's not as interesting as some of the other squads that are around right now. But maybe Rihanna can be in my squad! That would be really cool. Oh, God. She's life itself, isn't she? I love her."

Fun fact number three: Adele's playlist probably looks a lot like yours, according to a recent Beats 1 Interview.

"I love Lana Del Rey, I love her very, very much. I haven't met her though, but I just think she just stirs my soul. I love Alabama Shakes ... I love Drake, I love Tobias, I love Chvrches, I love The Maccabees, I love Florence's new record very much. Obviously, like Queen Bey until the day I die," Adele said.

Coming in at number four: Adele used to drunk tweet, and now her management makes sure her 140 characters coincide with the singer's sober ideas.

"I'm not a drinker anymore, but when Twitter first came out, I was like, drunk tweeting. And nearly put my foot in it quite a few times," Adele explained on BBC.

And finally at number five: Adele is halfway to EGOT-ing, winning multiple Grammys and an Oscar for her song, "Skyfall."

The singer knows how to rack up awards. Her latest single, "Hello," was the most viewed video on Vevo in 24 hours, the most streamed song on Spotify in a day and the most downloaded song in a week ever.

Industry experts project Adele's "25" to be in the running for the highest selling album in a week ever, making those tears of yours go toward a great cause.