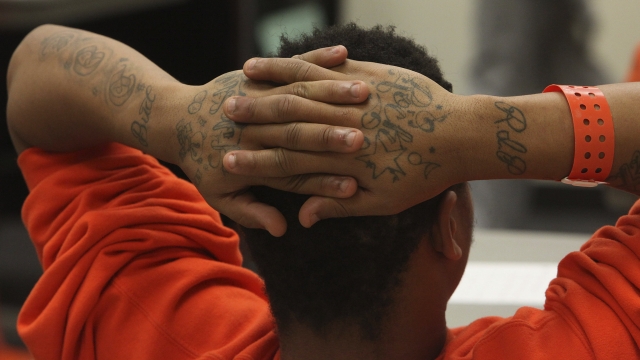 The ACLU says prison workers in the U.S. produce about $2 billion a year in goods and commodities.

Voters in five states will vote on whether to eliminate language in their state constitutions that allow slavery and involuntary servitude as criminal punishment in prisons.

It's an exception that's also written in the 13th Amendment of the U.S. Constitution.

In Tennessee, a proposed amendment would strike out that language, so it reads: "Slavery and involuntary servitude are forever prohibited."

Lawmakers say it's about time the language was changed.

"We definitely want to remove the word slavery from the state constitution," said Nashville Rep. Harold Love Jr. "We don't want persons who are incarcerated to be slaves. We don't want any punishment for any crime to be likened to slavery."

Alabama, Oregon, Vermont, and Louisiana are also tackling the issue this November.

But in Louisiana there's some pushback, including from its author.

Some say the proposed language change that states "does not apply to otherwise lawful administration of criminal justice," may make things worse and would still allow involuntary servitude in prisons.

The Council for a Better Louisiana, a non-profit organization in Baton Rouge, agrees.

Inmates Across The Country Are Striking Against 'Prison Slavery'

It's hard to get information from inside the prisons, so allied groups are still trying to find out just how many strikes are occurring.

"We feel like the intent of the amendment is good. We think we need to clean up some of that language in our Constitution. The problem is, we don't think it accomplishes what we all want it to accomplish," said Council for a Better Louisiana Barry Erwin. "We think it actually muddies the waters instead of clarifying them. For that reason, we kind of unfortunately feel like we need to oppose it and come back and try again in the future."

Still, the Abolish Slavery National Network – a national coalition fighting to abolish constitutional slavery and involuntary servitude - are urging voters to vote yes in every state.

"Back in 1865, we abolished slavery. Slavery was supposed to be abolished for everyone," said Abolish Slavery National Network Lead Organizer Savannah Eldridge. "However, in order to keep African Americans working, they passed vagrancy law, black codes, pig laws to keep again the economic little house going. And that's what we're still doing today and that's what we're trying to get people to understand."

Colorado became the first state to remove the language in 2018. The ballot initiatives are part of a national push to get rid of the exception clause in the 13th Amendment. However, none of the proposals would actually force immediate changes in state prisons, which heavily rely on incarcerated workers.

"It is the state's responsibility to rehabilitate them and prepare them to get ready to come back into the community. And a lot of these jobs are being said to do that or be created to do that. But what's happening is there's jobs like making license plates where anybody is able to do that in the community," said Eldridge. "So, if the goal is rehabilitation and people are going to be working, make it give people an opportunity to not just earn a wage, but to be able to rehabilitate and get ready to get back into society."

The ACLU says prison workers in the U.S. produce about $2 billion a year in goods and commodities and more than $9 billion a year in services that maintain prisons, yet prisoners see very little of the money, and in some cases none of it.