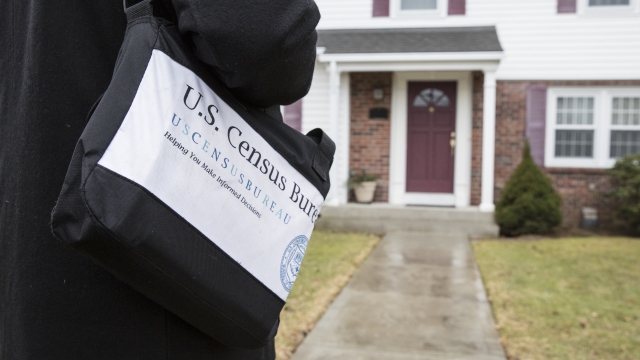 SMS
5 States Resisting Recommendation To Make Census Promotion Committees
By LeeAnne Lowry
By LeeAnne Lowry
November 23, 2019
The goal of the committees is to use local resources to build awareness about the census.
SHOW TRANSCRIPT

Five states are resisting calls by the Census Bureau to create panels to promote a national population count, The Associated Press reports.

They're called "complete count committees." The goal is to use local resources to build awareness of the census and support cooperation between the Census Bureau and tribal, state and local governments in achieving a complete count.

Florida, Louisiana, Nebraska, South Dakota and Texas have yet to create the committees. The AP reports that some of those states claim it's unnecessary because local groups are already working on getting the word out.

The U.S. Constitution says an accurate tally of the population has be done every 10 years. Those totals affect federal funding, emergency preparedness, the apportionment of U.S. representatives, and other initiatives.

A public policy expert told AP that some Texas GOP lawmakers were worried about losing seats if the population count triggers a redistricting that favors Democrats.

Most of the country begins counting this spring, with some remote communities starting in January.