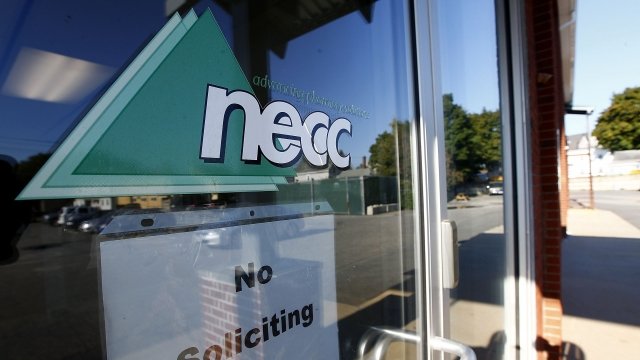 Staff members of a Massachusetts compounding pharmacy were convicted Thursday on charges related to a nationwide fungal meningitis outbreak in 2012.

A federal jury in Boston found a co-owner and four former employees of the now-defunct New England Compounding Center, or NECC, guilty on charges including mail fraud, racketeering and conspiracy to defraud the U.S. Another ex-employee was acquitted of all charges.

The six defendants were among the 14 indicted in 2014 after a meningitis outbreak killed 76 people and sickened hundreds more. NECC manufactured steroid shots intended to be injected into the spine, but they were tainted with a bacteria that attacked the lining of the brain and spinal cord. Prosecutors said the NECC employees ignored their own safety protocols and sent out drugs they knew were very likely contaminated.