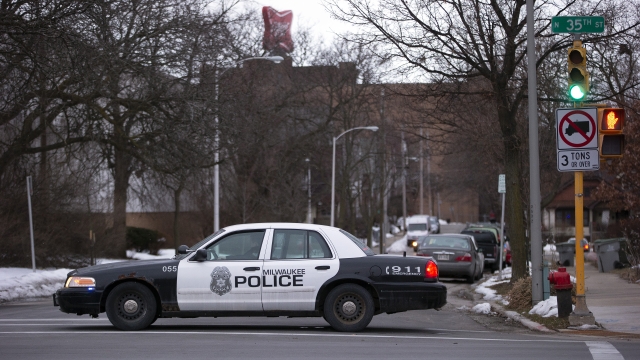 SMS
Milwaukee Police Continue To Investigate Shooting At Molson Coors
By Katherine Biek
By Katherine Biek
February 27, 2020
Police believe the gunman died of a self-inflicted gunshot wound on the scene. He's been identified as an "active brewery employee."
SHOW TRANSCRIPT

The Molson Coors Beverage Company campus in Milwaukee remains closed Thursday — a day after a gunman attacked the campus and killed five people.

The shooting occurred early Wednesday afternoon. The five victims were all employees at Molson Coors.

"There are five individuals who went to work today, just like everybody goes to work. And they thought they were going to go to work, finish their day and return to their families. They didn't and tragically they never will," Milwaukee Mayor Tom Barrett said.

Police believe the gunman died of a self-inflicted gunshot wound on the scene. His name has not been released, but officials say he was a 51-year-old Milwaukee man who was an "active brewery employee."

Police have not yet offered a motive for the attack. Police Chief Alfonso Morales said all employees on the campus had been allowed to go home Wednesday night and authorities had finished securing the campus.

"Milwaukee Police Department again sends our condolences to the families of the victims. ... And I can say together, Milwaukee is grieving today," Morales said.

One Molson Coors employee told Newsy's sister station WTMJ she's worried she may know some of the people who died.

Because they want to give family members time to arrive in Milwaukee, police say it could be 48 hours before they publicly release the names of the victims.