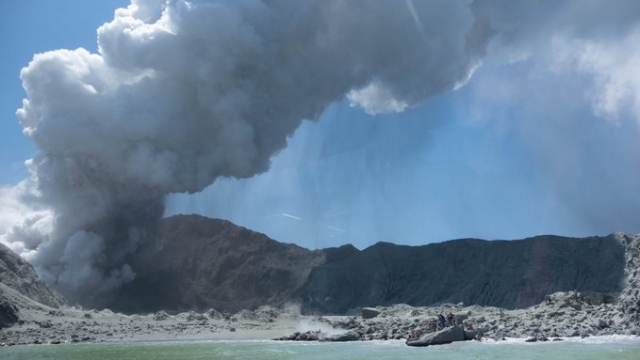 "We don't believe anybody else has survived the explosion," New Zealand Police Superintendent Bruce Bird said.

Authorities in New Zealand say at least five people are dead after a volcano erupted on White Island.

Eight are missing and presumed dead, according to a police statement.

"Of those injured, 27 of the 31 have suffered greater than 30% body surface area wounds. All of our burns units are now to full capacity," Ministry of Health Spokesman Pete Watson said.

"White Island has a water lake in its crater. That water is very acidic. An explosion under the lake would have thrown out hot steam," volcanologist Jessica Johnson said.

The eruption released a plume of ash about 12,000 feet into the air.

Police said 47 people from seven countries were on the island when the volcano erupted. Nine were from the United States.

Many of the tourists were travelers on a Royal Caribbean cruise ship.

Police launched an investigation into the circumstances of deaths and injuries on White Island, according to a statement.

The military will deploy drones to test gas levels in the atmosphere.

Police said the results will help determine next steps for the island's recovery operation.