5 Hot Months, 1 Warm Year And All The Arguments To Follow 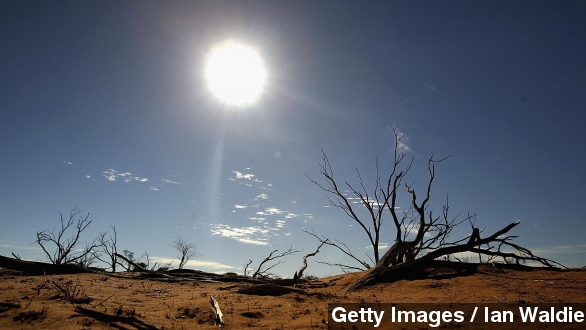 SMS
5 Hot Months, 1 Warm Year And All The Arguments To Follow

By Cliff Judy
November 21, 2014
The NOAA released statistics Thursday showing October was the fifth month this year with record temps and 2014 will likely be the hottest on record.
SHOW TRANSCRIPT

The country's attention shifted this week to crippling snowstorms in the northeast burying entire cities under several feet of snow, so let's talk about how ungodly warm it's been this year. No, really.

Despite the eastern United States being one of the colder zones on the planet this year, the National Oceanic and Atmospheric Administration just became the latest organization to pronounce 2014 likely the hottest on record. (Video via WGRZ)

The NOAA released a dizzying set of statistics Thursday marking October as the fifth month so far this year to set temperature records.

In fact, the agency's climate monitoring chief said in a conference call the question now is less about whether 2014 will break the heat record. "The remaining question is: How much?" Deke Arndt said. (Video via TakePart)

Again, this is one of several stats and maps NOAA put out Thursday, but it shows the average temperature since January compared to historical data. Bright red means record high temps.

Much of the record temps have been attributed to warming of the oceans, despite the complete absence of a major warming weather event like El Nino this year. (Video via NASA)

Global warming remains one of the more contentious issues world leaders face — widely accepted and documented by science as contributing to climate change, yet fiercely denounced by businesses and ignored by countries reliant on fossil fuels.

The most recent argument for global warming detractors came from a 15-year slowdown in the rise of temperatures even as greenhouse gas emissions continued to increase.

It remains to be seen if 2014 marks the beginning of the end for that argument, but it comes only a week after NASA released similar statistics showing this year's October tied for the warmest since 1880 and Japan's Meteorological Society called it the warmest October ever.

For more on future climate conferences and why they could produce meaningful results for the first time in decades, check out this Newsy story linked in the text of this story.