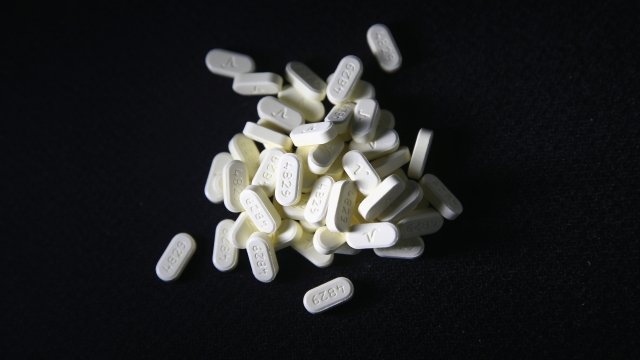 Federal authorities say a handful of New York doctors are responsible for the flow of millions of unnecessary oxycodone pills in the state.

Together, they're accused of unnecessarily prescribing more than 8.5 million oxycodone pills over several years, which prosecutors say led to deaths and overdoses. Officials say some of the doctors wrote opioid prescriptions in exchange for millions of dollars in cash payments, luxury gifts and expensive vacations.

The case is another example of the federal government cracking down on what it's referred to as "drug dealers in white lab coats."

Earlier this year, the DOJ announced a first-of-its-kind prescribing ban for two Ohio doctors who it says wrote medically unnecessary opioid prescriptions. The agency has also taken action against hundreds of other health care professionals for allegedly contributing to the national opioid epidemic.

In August, the CDC estimated that a record number of people, around 72,000, died from drug overdoses in 2017.