Helicopter Pilot Suggests Possible Cause In NYC Crash That Killed 5 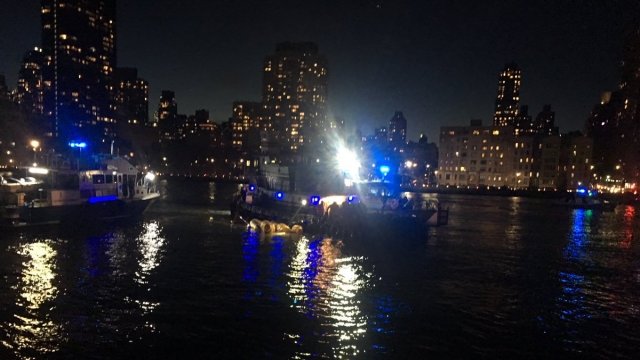 SMS
Helicopter Pilot Suggests Possible Cause In NYC Crash That Killed 5
By Katie Cammarata
By Katie Cammarata
March 12, 2018
The pilot was able to free himself and was the only survivor, according to the New York City Fire Department.
SHOW TRANSCRIPT

The pilot, who police identified as Richard Vance, was able to free himself and is the only survivor. He told authorities a piece of luggage may have hit the emergency fuel-shutoff button and caused the crash.

The helicopter was owned by Liberty Helicopters and was chartered for a photo shoot. According to local media, this is the company's third crash in 11 years.

The National Transportation Safety Board will investigate the cause of the incident. The agency tweeted Monday that 14 personnel were on their way to New York City.