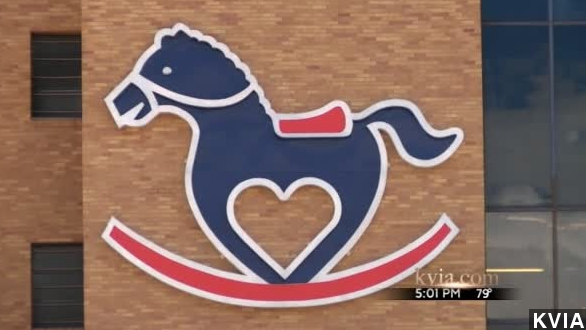 By Madison Burke
September 28, 2014
Health officials say hundreds of babies were exposed to tuberculosis in a Texas hospital. Five have tested positive for an infection.
SHOW TRANSCRIPT

The department says the disease was spread by a nursery unit healthcare worker who exposed more than 700 babies and 40 employees between September 2013 and August 2014.

A statement by the hospital explains the five positive results came from skin testing. Four of the babies were given a vaccine that can generate false positives in this kind of testing according to the hospital, but all will be treated as a precaution.

It's important to clarify the babies tested positive for a tuberculosis infection, not the full blown disease which can destroy the lungs and be potentially fatal.

And doctors say the babies' infections are treatable. "There is treatment available and the treatment the detection that we have has reduced the rate of tuberculosis in the U.S. and all around the world."

Last week, the El Paso Department of Public Health was given a list of babies who were exposed to TB and the department notified the parents via mail or a phone call. Parents are still bringing in their children for testing, so more positive cases could be found.

We saw a tuberculosis scare in another U.S. state last year. In Wisconsin, it is estimated up to 200 people were infected with a strain that was resistant to the drugs usually used for treatment.

The state ended up appropriating $5 million to help with healthcare efforts.

An estimated 22,000 tuberculosis cases are reported each year in the U.S.