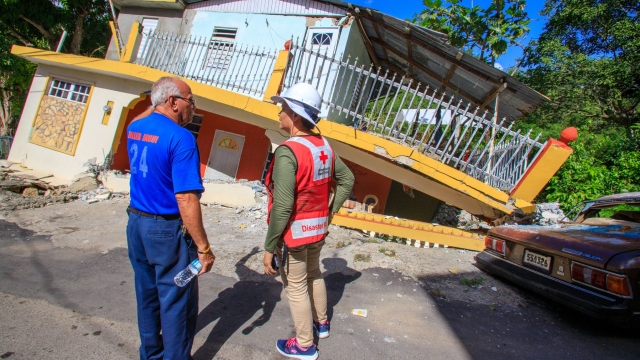 A 5.8 magnitude earthquake hit the southwestern part of Puerto Rico Monday, and a 6.4 magnitude quake hit the same area the next day, killing one and injuring several others. That one was the largest the island's seen in a century. Then on Friday, the island felt a 5.2 magnitude aftershock.

The Puerto Rico Electric Power Authority was already fighting widespread blackouts, but had restored 95% of the territory's electricity before the quake. The aftershock Saturday set it back to about 93%.

About 500 earthquakes have hit Puerto Rico since Dec. 28, and since Tuesday many people have moved to government-run outdoor shelters to avoid being trapped in crumbling buildings.

FEMA said it will be providing federal assistance to cover 75% of Puerto Rico's costs, which will be distributed throughout all 78 municipalities.