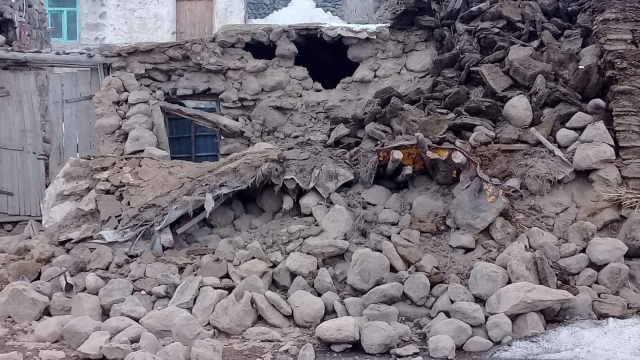 A 5.7 magnitude earthquake killed at least nine people and injured dozens of others in Turkey early Sunday. Over 1,000 buildings collapsed.

While Turkey saw most of the damage, the epicenter was actually located in a part of Iran with a low population. At least 75 people were injured there, but there haven't been any reported deaths. Iranian officials said emergency services have been sent to the area.

The area sits on a major fault line, so it's susceptible to earthquakes. The U.S. Geological Survey says that while Iran and Turkey don't have the most earthquakes of any country, they — along with China — have the most catastrophic quakes.