Another Guatemalan Child Has Died After Entering The US 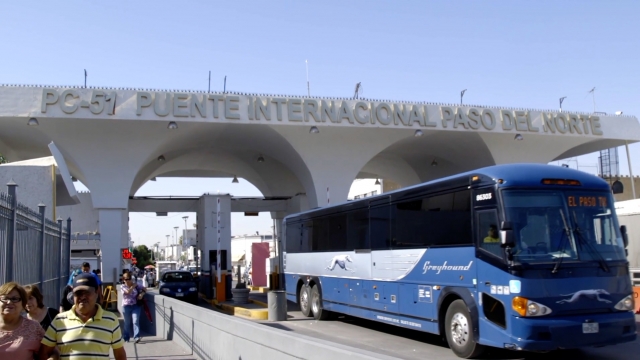 SMS
Another Guatemalan Child Has Died After Entering The US
By LeeAnne Lowry
By LeeAnne Lowry
May 16, 2019
His death is still under investigation, but Guatemala's consul told The Washington Post the toddler appeared to have developed pneumonia.
SHOW TRANSCRIPT

A Guatemalan toddler died Tuesday night in El Paso, Texas. This is the fourth report of a Guatemalan minor dying after being apprehended at the U.S. border since December.

The boy and his family surrendered to U.S. Border Patrol in early April. He spent three days in federal custody before his mother told officers that he was sick, and he was taken to a hospital that day. His death is still under investigation, but Guatemala's consul told The Washington Post the toddler appeared to have developed pneumonia.

In December, two Guatemalan children died in U.S. custody — one from flu complications and the other from a bacterial infection. A Guatemalan teen died in late April from a severe brain infection caused by an untreated sinus infection or head trauma. After the December deaths, the Department of Homeland Security expanded health care for children at the border.

Guatemalan migrants are the largest group arriving at the U.S.-Mexico border, surpassing Mexican migrants in the past year.

There's no clear answer why all the reported deaths have been among Guatemalan children. Part of it may simply be numbers: There are more Guatemalans attempting to cross the border. Guatemala also has a serious child malnutrition issue — even worse than its neighbor, Honduras, which has similar emigration numbers. And according to the World Health Organization, malnutrition can raise childrens' risk of dying from common illnesses.