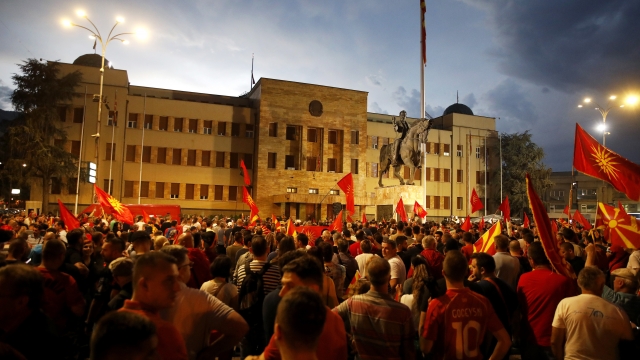 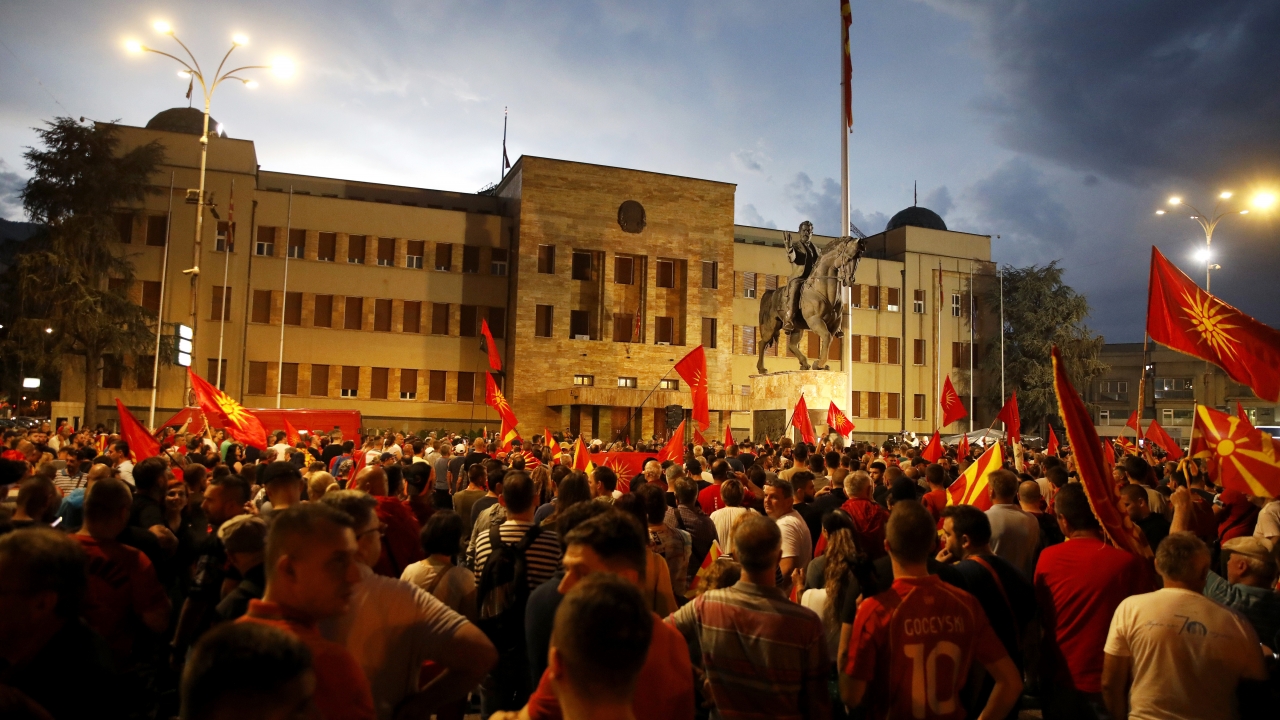 A protest in the North Macedonian capital over a proposal to break the deadlock in the country's efforts to join the European Union left 47 police officers injured, police said.

The injuries occurred after a group of mostly young people broke off from the main protest, throwing stones, metal bars, eggs and Molotov cocktails at the parliament building in Skopje late Tuesday.

Thousands of people have protested nightly since the weekend over a French proposal for a compromise aimed at lifting objections by neighboring Bulgaria to North Macedonia joining the European Union.

Interior Minister Oliver Spasovski visited the injured police officers in a hospital Wednesday. He said an investigation into the instigators of the violence was underway, and warned they would face the "strictest possible punishments."

"We all know very well who is behind the protests and who called for them," Spasovski said.

The minister said police had "operational information" that attacks with Molotov cocktails on state buildings were also being planned for another protest scheduled for Wednesday night, and urged protesters to refrain from violence.

Bulgaria, which as an EU member has veto powers over new members, wants North Macedonia to formally recognize its language has Bulgarian roots, to recognize a Bulgarian minority in the country and to quash "hate speech" against Bulgaria. Many in North Macedonia say acquiescing would undermine their national identity.

North Macedonia's president, Stevo Pendarovski, and the government back the proposed French deal, which calls for the country to acknowledge in its constitution the existence of an ethnic Bulgarian minority. It would also provide for regular reviews on how the bilateral dispute is being addressed, which could potentially hamper North Macedonia's future course toward EU membership.

Bulgaria has already formally accepted the French proposal, which now requires the backing of North Macedonia's parliament. Lawmakers are set to convene on Thursday to set up a committee that will look into the issue. No plenary session has yet been scheduled.

North Macedonia has been a candidate for EU membership for 17 years. The country received a green light in 2020 to begin accession talks, but no date for the start of the negotiations has been set.