462 Oklahoma Inmates Freed In The Largest Commutation In U.S. History 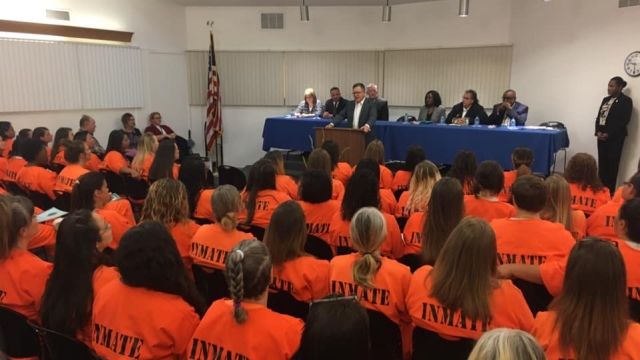 SMS
462 Oklahoma Inmates Freed In The Largest Commutation In U.S. History
By Ahmed Jawadi
By Ahmed Jawadi
November 4, 2019
The Oklahoma Pardon and Parole Board voted unanimously to commute the sentences of hundreds of nonviolent offenders.
SHOW TRANSCRIPT

Hundreds of Oklahoma inmates were freed from jail early in what is now the largest single-day commutation in U.S. history.

Four hundred and sixty-two nonviolent inmates were able to walk free Monday after the Oklahoma Pardon and Parole Board voted unanimously to commute their sentences last Friday. The board said the release will save the state nearly $12 million that it would have spent if those inmates had completed their sentences.

Oklahoma voters approved a pair of referendums in 2016 to reclassify certain drug possessions and property crimes as misdemeanors instead of felonies.

State lawmakers passed a bill earlier this year to apply those measures retroactively, and Republican Gov. Kevin Stitt signed it into law.

Stitt applauded the Parole Board's decision, saying in a statement, "This event is another mark on our historic timeline as we move the needle in criminal justice reform, and my administration remains committed to working with Oklahomans to pursue bold change that will offer our fellow citizens a second chance while also keeping our communities and streets safe."

Oklahoma has the second-highest incarceration rate in the country. Although the Parole Board voted to commute the sentences for 527 inmates, 65 are being held on detainers and will be released later.