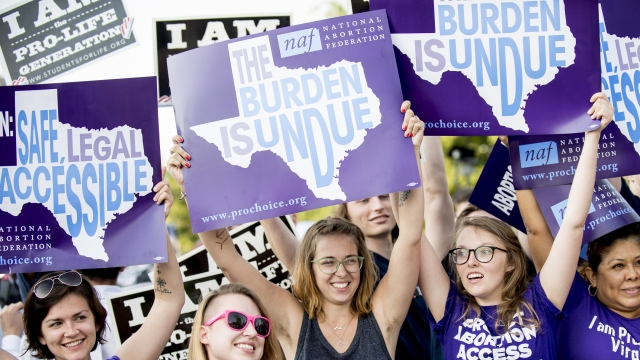 SMS
46 Years After Roe V. Wade, 'TRAP Laws' Make Abortion Hard To Access
By Casey Mendoza
By Casey Mendoza
January 22, 2019
Decades after Roe v. Wade, abortion is one of the most regulated health services in the country.
SHOW TRANSCRIPT

"Most anti-choice or abortion restriction laws are not developed in a microcosm. They're tested on several states and then rolled out in other states."

Roe v. Wade is just as controversial as it was more than 45 years ago. In some areas, finding an abortion provider can be prohibitively difficult. For the most part, that's not coincidental — and a new Supreme Court could make the procedure even more difficult to access.

"We know in the state of Missouri, and in some states even further south, that there's been over 400 new restriction bills at least initiated in the past several years. Some have passed and some have not. Some have been challenged and then overturned. And so what other states will do if you have anti-choice legislators, they will see how successful those bills were in other states to see how they need to negotiate, rewrite or rescript those in order for them to pass."

A 2018 study published in the American Journal of Public Health found that "many states regulate abortion-providing facilities … more stringently, than facilities providing other health care services." Regulations for abortion providers and clinics require specialized rooms for procedures and recovery, certain qualifications for medical professionals, and even specifications on how wide facility hallways or doorways should be.

"Several years ago, there were some restrictions placed just on your facility. And so that had a lot of construction things that needed to happen so that we can meet regulations on door frames or recovery rooms or things like that. And we have met all of the requirements, except for the single requirement of admitting privileges. And the state has accepted that, that we met all other criteria for maintaining or reinstating our license except for the admitting privileges. And that's what we came back to argue." 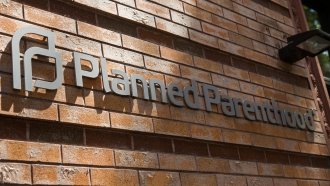 Advocates for reproductive rights refer to these regulations as the "targeted regulation of abortion providers" or "TRAP laws." On the surface, these policies sound like they’re par for the course for medical facilities, and proponents say the measures protect women from harm. Opponents, however, argue they're "medically unnecessary" — going beyond the standards for other health offices and causing some abortion clinics to close.

"We strive and have all kinds of trainings and skill assessments for our providers to make sure we're providing the highest quality of care. Making a woman wait 72 hours or requiring privileges at a local hospital does not improve or change the quality of that care."

["We have determined that the provisions are facially unconstitutional based on the undue burden they impose on the large fraction of women they affect."] In 2016, the U.S. Supreme Court ruled some TRAP laws violate the constitution. That's because the medical benefits of some policies don't justify the "undue burdens" placed on the rights to an abortion.

Despite that ruling, similar abortion regulations are still being contested in states like Missouri, Louisiana and Texas. Because of that, all eyes are shifting back to the U.S. Supreme Court. With new Justices Neil Gorsuch and Brett Kavanaugh, the court is likely to lean more conservatively than it did in years past.