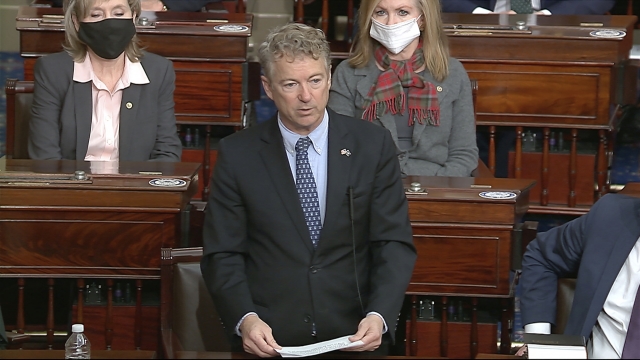 Sen. Rand Paul was essentially asking to dismiss the trial before it even begins.

"I want the Democrats to raise their hands if they have ever given a speech that says take back. Fight for your country," said Paul. "Who hasn't used the word 'fight' figuratively and are we going to put every politician in jail?"

But that doesn't mean that this 55-45 split is exactly how it would go when it comes time for the end of the trial and the senators vote to either acquit or convict former President Trump.

As Sen. Rob Portman of Ohio, a Republican, said yesterday the two votes are completely different things and you can't assume a vote yesterday to support Rand Paul is the equivalent of someone guaranteeing that they will vote to acquit President Trump.

There are some senators who are making that argument but it's clear that's not consistent across the entire Republican caucus.