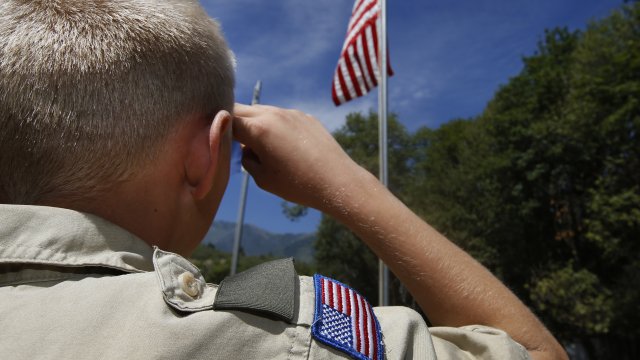 The church, which is widely known as the Mormon church, and the BSA announced the impending separation last year.

After a century-long partnership with the Boy Scouts of America, the Church of Jesus Christ of Latter-day Saints is splitting from the organization.

According to the Associated Press, more than 400,000 Latter-day scouts will leave the program at the beginning of the year. The church will move those young people to a new international program of its own.

The church, which is widely known as the Mormon church, and the BSA announced the impending separation last year. The AP says Boy Scout membership will drop by 18% when it loses the church, compared to last year's numbers.

Neither side gave any explanation behind the split last year. But earlier this year, a high ranking member of the church said the Boy Scouts made changes that pushed it away from the church. The Scouts recently started accepting gay and transgender scouts and openly gay adult leaders.

The split comes as the BSA continues to struggle with a litany of issues, including sexual abuse lawsuits and bankruptcy woes.