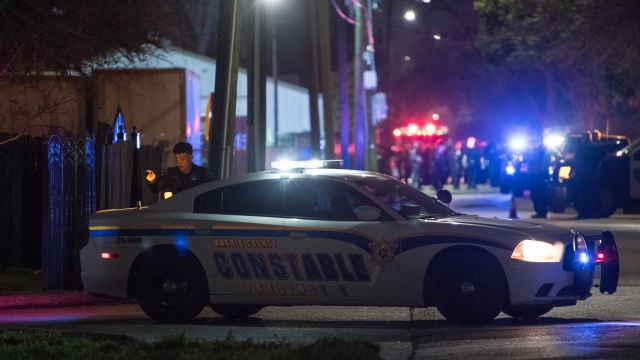 Four police officers were shot in southeast Houston on Monday afternoon, according to the Houston Police Department.

The officers were serving a search warrant at a house where police thought drugs were being sold. When the officers announced they were there, suspects started shooting at them.

Initial reports said five officers were shot, but HPD corrected that number in a tweet, saying four officers had been shot and the fifth had actually sustained a knee injury and wasn't believed to have been shot. They were all taken to the hospital. Two officers were in critical condition Monday night and the other two were in good condition.

Two suspects were killed at the scene. Authorities are investigating the situation.