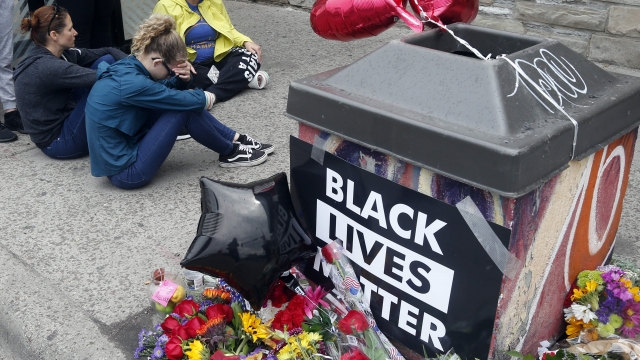 SMS
4 Minneapolis Police Officers Fired After Deadly Detention
By Steve Turnham
By Steve Turnham
May 26, 2020
George Floyd was pinned to the ground by a police officer's knee on his neck. The officer held it there for at least seven minutes.
SHOW TRANSCRIPT

Four Minneapolis police officers involved in the deadly detention of an African American Minneapolis man were fired Tuesday — as the FBI was called in to investigate the incident.This as outrage builds over a video showing George Floyd being pinned to the ground with a police officer’s knee on his neck, holding it there for at least seven minutes.

In the graphic video taken Monday, bystanders are heard begging the officer to let Floyd off the ground as Floyd complains of not being able to breathe and then falls silent.

An ambulance was brought in after Floyd stopped responding, and he was declared dead at the hospital.

Police said Floyd had been detained after allegedly trying to use a counterfeit bill in a store.

But Minneapolis Mayor Jacob Frey said today that whatever the circumstances, what happened to Floyd was inexcusable.

"I believe what I saw and what I saw was wrong at every level," the mayor said.

The hashtag #ICan'tBreathe — words spoken by Floyd and, before him, Eric Garner — now trending on social media.

In statement, the attorney for George Floyd's family, civil rights lawyer Ben Crump, said, "This abusive, excessive and inhumane use of force cost the life of a man who was being detained by police for questioning about a non-violent charge."

Minneapolis police asked the FBI to investigate the case after initial police reports of a "medical incident" were called into question by the video.

Federal agents are now on the scene.