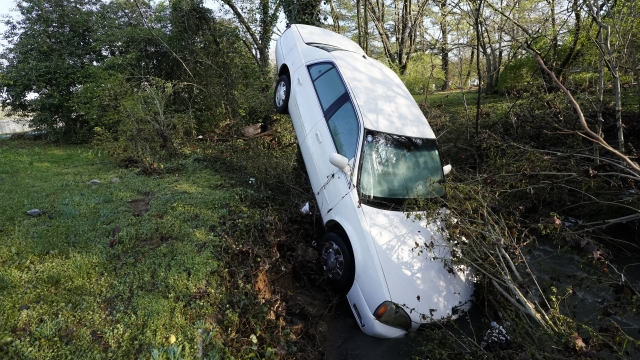 Dozens of people had to be rescued from flooded homes and cars.

Four people are dead in Tennessee after heavy rains caused flash flooding over the weekend.

Nashville got about seven inches of rain.

The city's mayor says that's the second-highest two-day rain total ever recorded there.

Dozens of homes were flooded and scores of people were rescued from cars and homes. And dogs staying at a kennel had to be moved to a different location.

People in the area are now left picking up the pieces.

"What happened, it started raining so hard, lightning, thunderstorm. We lose everything. Everything, mattress, couch, everything, everything, electronics, and this stove, everything gone," said a victim of the flood.

The rain has stopped falling but experts say rivers could keep rising through today.