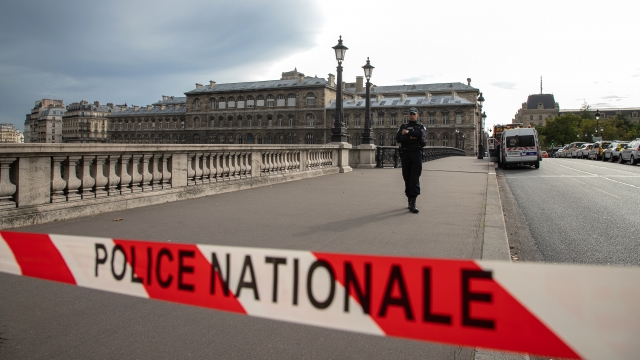 Four Paris police employees were killed in a knife attack at police headquarters on Thursday.

French authorities said the assailant was a 45-year-old man who had worked as an administrator in the intelligence division at the police station since 2003. The attack began in the man's office before he moved to other parts of the police compound. Three police officers and one administrative worker were killed, and another person underwent medical care for their injuries. Police shot and killed the attacker.

Officials said the man's motive is unclear and that he had not exhibited "any behavioral difficulties" prior. It's also unclear how the attacker passed through metal detectors with a knife.

Paris Mayor Anne Hidalgo tweeted her condolences to the victims and their families, saying the Paris Council "will pay tribute to the victims and [...] will salute the unwavering commitment of members of the police to the safety of Parisians. We know what we owe them."