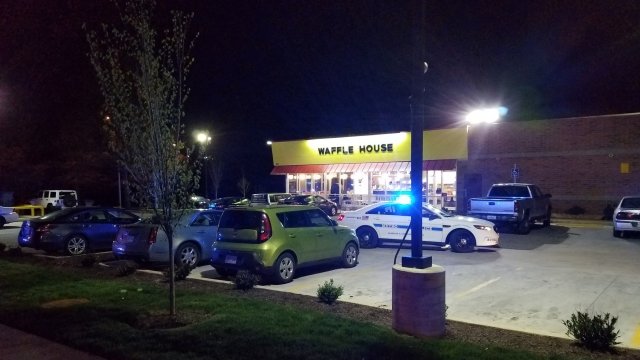 Four people are dead after a gunman opened fire at a Waffle House in Tennessee.

Just before 3:30 a.m. Eastern, the gunman reportedly drove up to the restaurant and began shooting. Local outlets are reporting a customer managed to wrestle the gun away, at which point the suspect fled.

Right now, the police say the shooting appears to be random.