4 Dead And 3 Injured In Shooting At Brooklyn Club 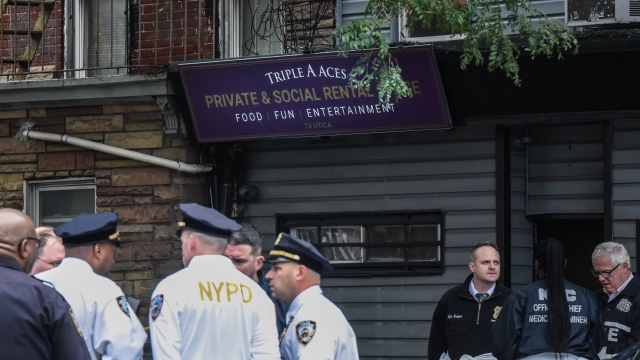 SMS
4 Dead And 3 Injured In Shooting At Brooklyn Club
By Gage Jackson
By Gage Jackson
October 13, 2019
No one had been arrested in connection with the shooting as of Saturday morning.
SHOW TRANSCRIPT

Police are investigating after four men were killed and three others wounded in a shooting early Saturday morning at an illegal gambling club in Brooklyn, New York.

Two guns were recovered at the scene but no arrests have been made. Investigators are still questioning survivors and reviewing security camera footage.

Shortly before 7 a.m., police received a call reporting gunfire at a social club in Crown Heights. At least 15 shots were fired.

The shooting reportedly stemmed from a dispute inside the club, but police say there are no indications of it being gang-related.

The NYPD identified all of the men killed as Brooklyn residents ranging in age from 32 to 47.

The purple sign on the building reads Triple A Aces, and police say there was evidence of gambling, including cards and dice.

According to police, the gambling operation was unlicensed, but they had never received complaints from the location before.