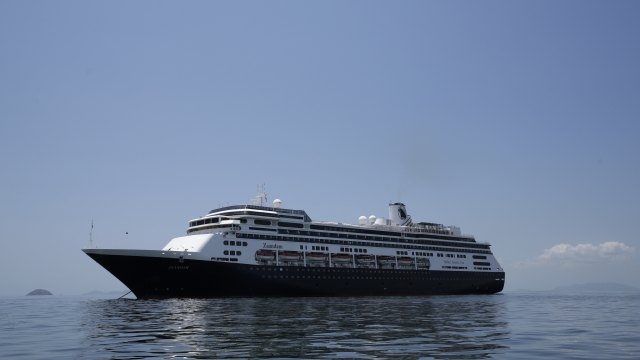 SMS
4 Dead On Cruise Ship; 2 Others Test Positive For Coronavirus
By Ahmed Jawadi
By Ahmed Jawadi
March 27, 2020
Holland America cruise line said "four older guests" had died on the Zaandam cruise ship, which is anchored off the coast of Panama.
SHOW TRANSCRIPT

Four passengers aboard a cruise ship have died, and two others have tested positive for the coronavirus.

Holland America cruise line said Friday "four older guests have passed away" on the Zaandam cruise ship, which is currently anchored off the coast of Panama. The company did not specify how they died.

It also said 138 people on the ship reported "influenza-like illness symptoms" over the last week. The company said "a number of patients" were tested for the coronavirus on Thursday, resulting in two positive cases.

Holland America is planning to transfer healthy guests from the Zaandam to one of its other ships, and will try to transfer those over 70 first. It also said it will conduct health screenings before anyone is allowed to board the new ship. In the meantime, it said it's working with Panamanian authorities on clearing the ship's return to Florida.