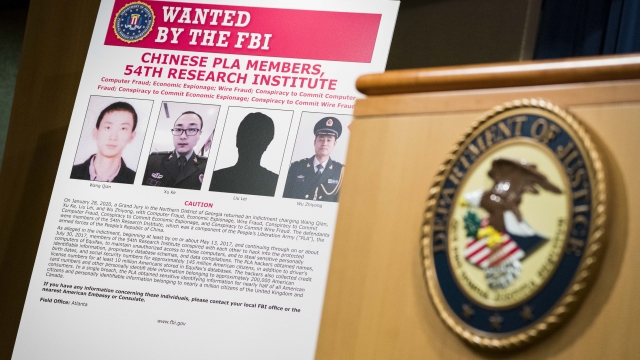 "This was one of the largest data breaches in history," Attorney General William Barr said.

The U.S. has charged four members of China's military in connection with the 2017 Equifax hack.

Attorney General William Barr announced the indictment during a press conference Monday. He said the four hackers got into Equifax's network by exploiting a security issue in the company's dispute resolution webpage.

Barr said once they were inside the network, they "spent weeks conducting reconnaissance, uploading malicious software and stealing login credentials."

Last year, Equifax agreed to pay up to $700 million to settle the data breach. The bulk of that money was intended for customers affected by the hack.