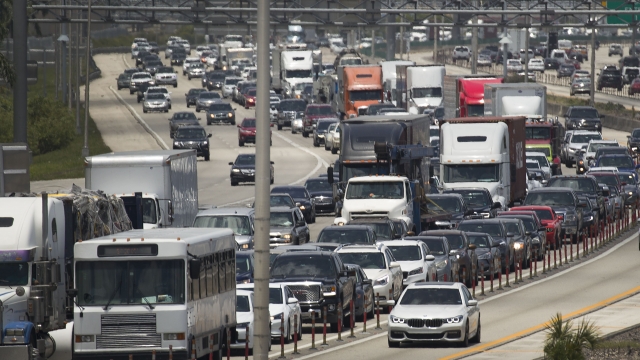 SMS
4 Automakers Strike Emissions Deal With California
By Alec Larson
By Alec Larson
July 25, 2019
​The deal sidesteps the Trump administration's efforts to take away the state's right set its own standards.
SHOW TRANSCRIPT

On Thursday, four of the world's largest automakers said they've reached an agreement with California on fuel efficiency rules. The deal sidesteps the Trump administration's efforts to take away the state's right to set its own standards.

In a joint statement, Ford, BMW, Volkswagen and Honda said their deal with air regulators in California would call for the automakers to deliver series of cars that average 50 mpg by 2026. The deal also stipulates that the companies stick to that standard in all 50 U.S. states.

The companies said the deal will provide "much-needed regulatory certainty by allowing us to meet both federal and state requirements with a single national fleet," as well as "ensure meaningful greenhouse gas emissions reductions."

In August 2018, the Trump administration proposed rolling back parts of the Clean Air Act that let California impose its own emissions standards, saying that federal law should pre-empt states from doing so. Meanwhile, federal regulators have backed the freezing of Obama-era emissions requirements at 2020 levels through 2026.

Fiat Chrysler said in a statement that it would review the agreement, and California's governor said he expects other major automakers to join in the future.