Police Arrest 4 In Connection With 'Game Of Thrones' Leak 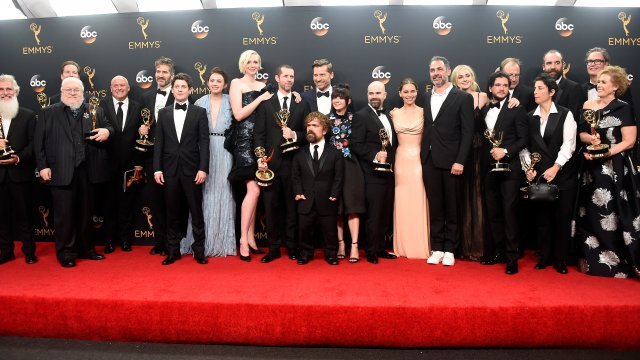 SMS
Police Arrest 4 In Connection With 'Game Of Thrones' Leak

By Gabrielle Ware
August 15, 2017
The suspects say they don't have any involvement in the ongoing hacks at HBO.
SHOW TRANSCRIPT

Police say they've arrested four men in India suspected of leaking episode 4 of this season of "Game of Thrones" earlier this month.

Three of the four men are employees at an independent tech business that works with media company Star India. It has the rights to air the show throughout the country. The tech company filed a complaint with police after a Star India watermark appeared on the leaked episode.

HBO is having ongoing issues with data security. Before the episode leak, hackers published a wealth of sensitive information from HBO's systems and reportedly demanded a ransom of millions of dollars.

In July, the hackers said they stole episodes of "Ballers" and "Room 104." "Game of Thrones" episode leaks date back to 2015 — the show is also regularly ranked as the most-pirated show in history.

Star India says it has no involvement in HBO's ongoing hacks. In a statement the company said, "This is the first time in the history of Star India that an incident of this nature has occurred."

Officials say the men are facing computer-related and breach of trust charges. They will be held in custody until Aug. 21.