4.5M Pounds Of Recalled Chicken Might Have 'Extraneous Materials' 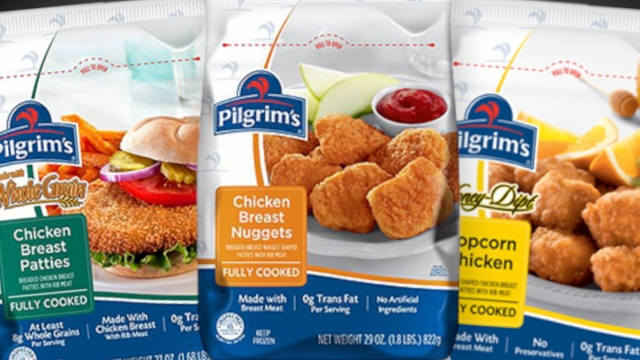 SMS
4.5M Pounds Of Recalled Chicken Might Have 'Extraneous Materials'
By Newsy Staff
By Newsy Staff
April 27, 2016
Pilgrim's Pride issued a recall for some of its chicken products because of contamination concerns.
SHOW TRANSCRIPT

More than 4.5 million pounds of chicken has been recalled.

According to the United States Department of Agriculture, Pilgrim's Pride, the nation's largest chicken producer, is recalling the chicken because it might be contaminated with "extraneous materials" including plastic, wood, rubber and metal.

The USDA said the problem was discovered after customers found plastic in bags of chicken nuggets. The Food Safety and Inspection Service investigated and found more affected products.

So far, no injuries have been reported, but customers shouldn't eat the potentially tainted products.

This video includes a clip from Pilgrim's Pride and images from Getty Images and Walt Stoneburner / CC BY 2.0.