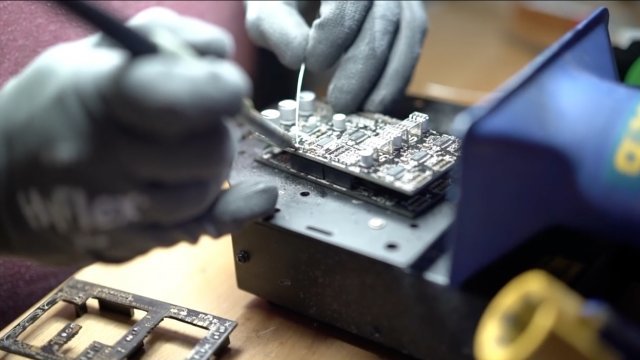 As the future of 3D-printed gun blueprints remains in limbo, Democrats on Capitol Hill are working to prevent them from ever being downloaded again.

It isn't just Democrats who are worried, though. The news got the attention of President Donald Trump, who wrote on Twitter that "plastic guns" being sold to the public "doesn't seem to make much sense." Even the State Department chimed in.

"The reason that the State Department got involved — our only equity in this is because of our role in controlling foreign access to U.S. defense technology," said spokesperson Heather Nauert. "In simpler words, the State Department wants to prevent the wrong people from acquiring weapons overseas." 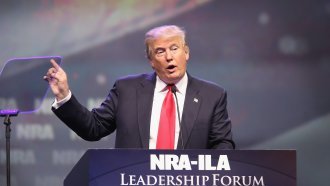 This comes months after the U.S. government reached a settlement with Defense Distributed, a Texas-based company that creates 3D-printed gun blueprints. After a three-year court battle, the company was granted permission to make its blueprints available to the public. But that news quickly garnered lots of criticism; eight states and the District of Columbia sued the Trump administration to block the agreement, prompting a judge on Tuesday to temporarily block the blueprints from becoming available for download.

"It will prevent solving crimes that are virtually undetectable," said Maryland Attorney General Brian Frosh. "It can slip through all kinds of different security measures. This is just an open invitation to criminals, to terrorists, and I don't think that's what the Second Amendment is designed to do."

Republicans in Congress haven't said much about the issue. However, U.S. Rep. Thomas Massie wrote on Twitter: "Even Congress can't ban 3D printers, the internet, or the 1st Amendment. The President certainly can't. And besides, there's already a law against undetectable guns."

Cody Wilson, founder of Defense Distributed, told CBS his goal is to keep publishing the blueprints until they're available to everyone.